A week in Dwellingup getting to know our son in the absence of internet, telephone coverage or other interruptions allowed a little time to try out a couple of Neutral Density (ND) filters I’d bought.  These evenly reduce the light getting into the lens, meaning that longer exposures can be used without having to lose control of aperture.  Subject matter that is particularly suited to this include the contrast between the fast moving and the static.  The filters come in different degrees of ‘darkness’, defined as the number of ‘stops’.

Here are a few examples using a 10-stop ND filter – the subject is a fat-tyre bicycle used for sand/snow/soft surfaces, with the background of the Murray River at Lane Poole Reserve in late afternoon light.

f/2.8 at 0.8sec – the river’s beginning to blur. Reaching the limits of ‘hand-held’, and the still-water is clearer.

Some more comparison – these tripod-mounted. 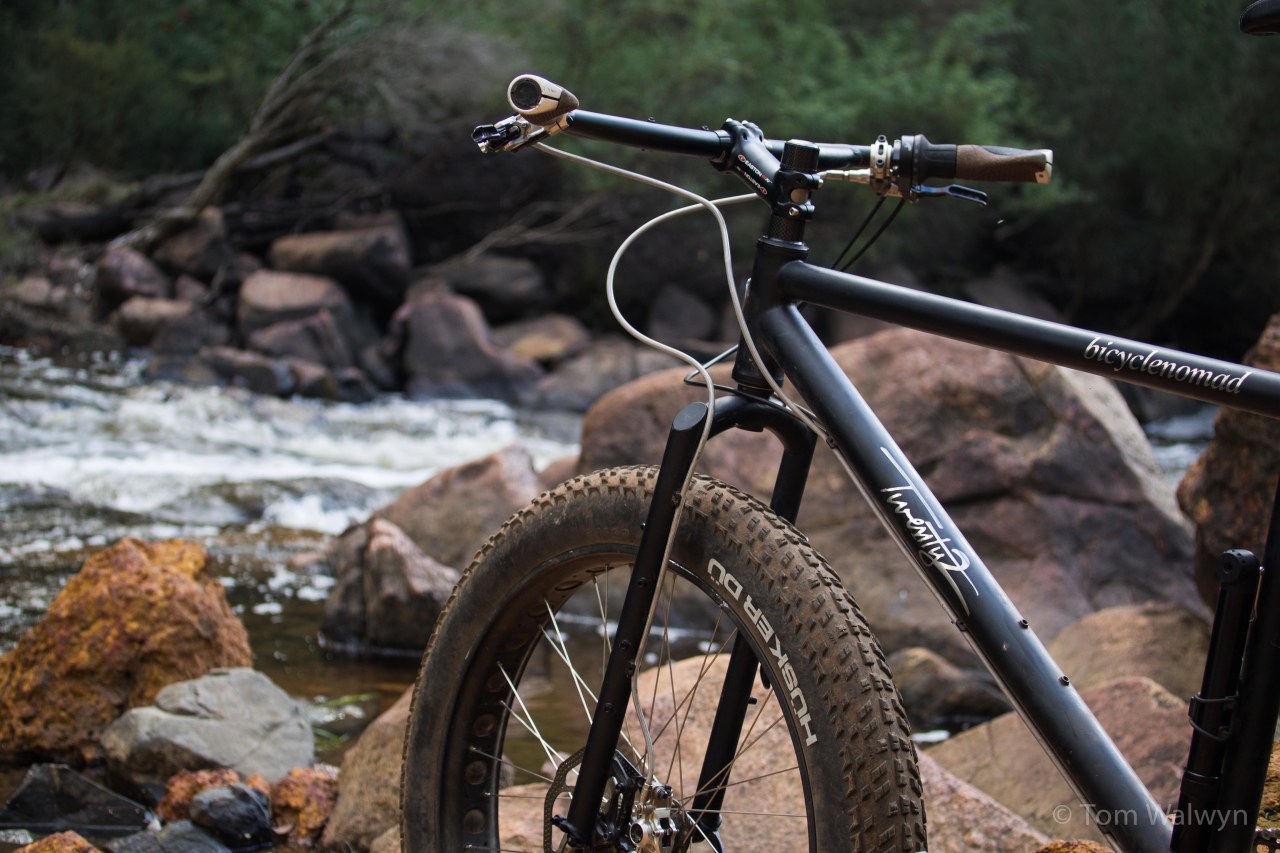 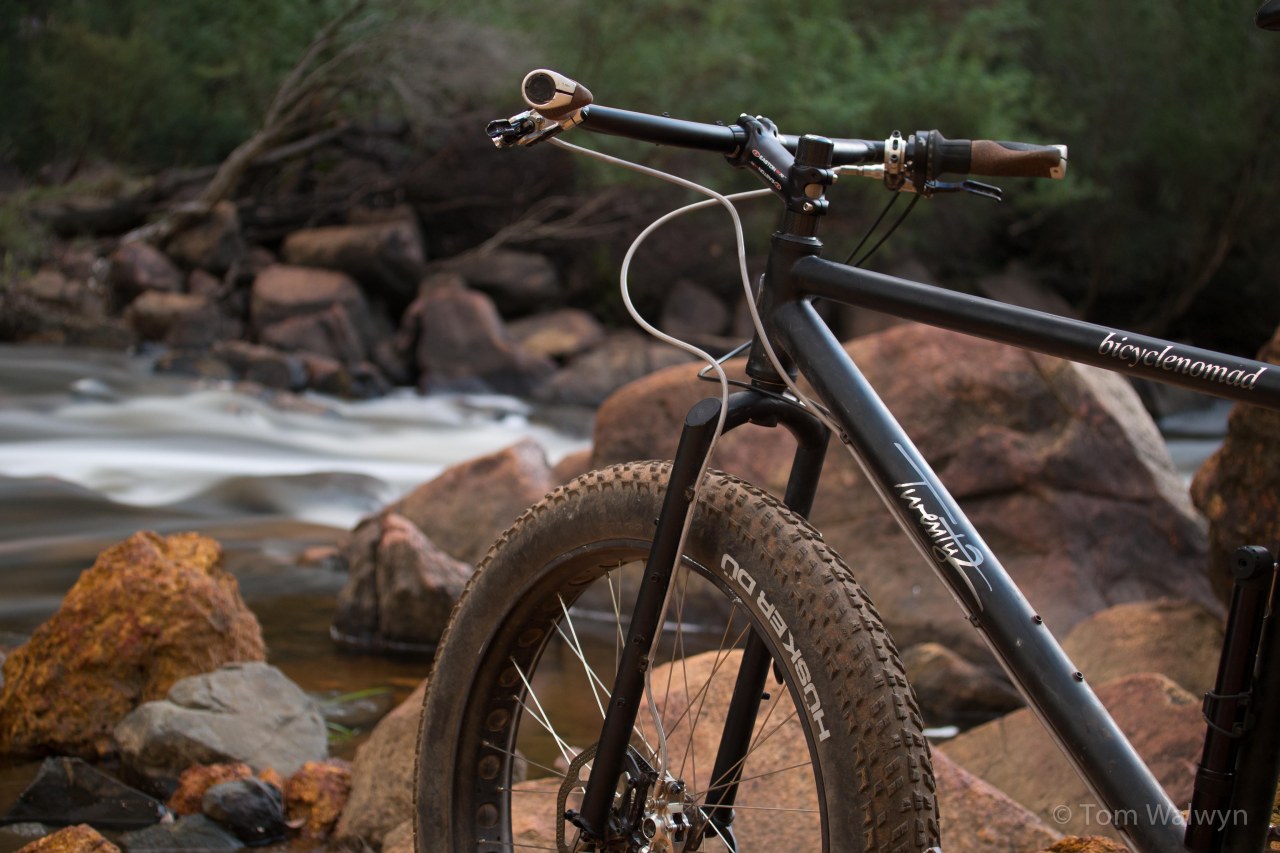 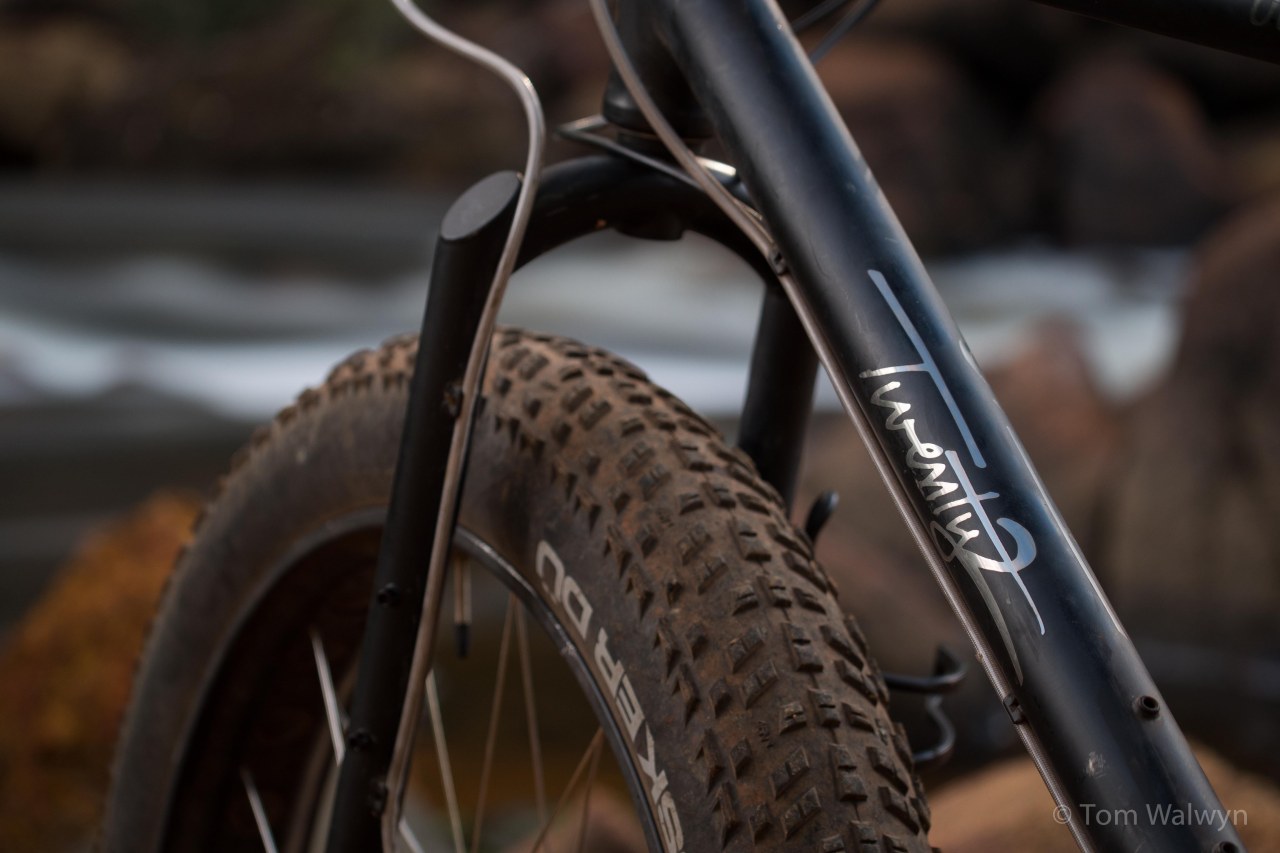 A 25 second exposure doesn’t particularly change the background if a shallow (f/2.8) DOF is used.

Another pair of photos comparing 15 and 20 seconds:

And finally, the far extreme: 60 seconds, using the OM-D’s ‘Live Time’ function in M-mode, where the exposure is started and the image emerges, to be stopped on a second shutter press. 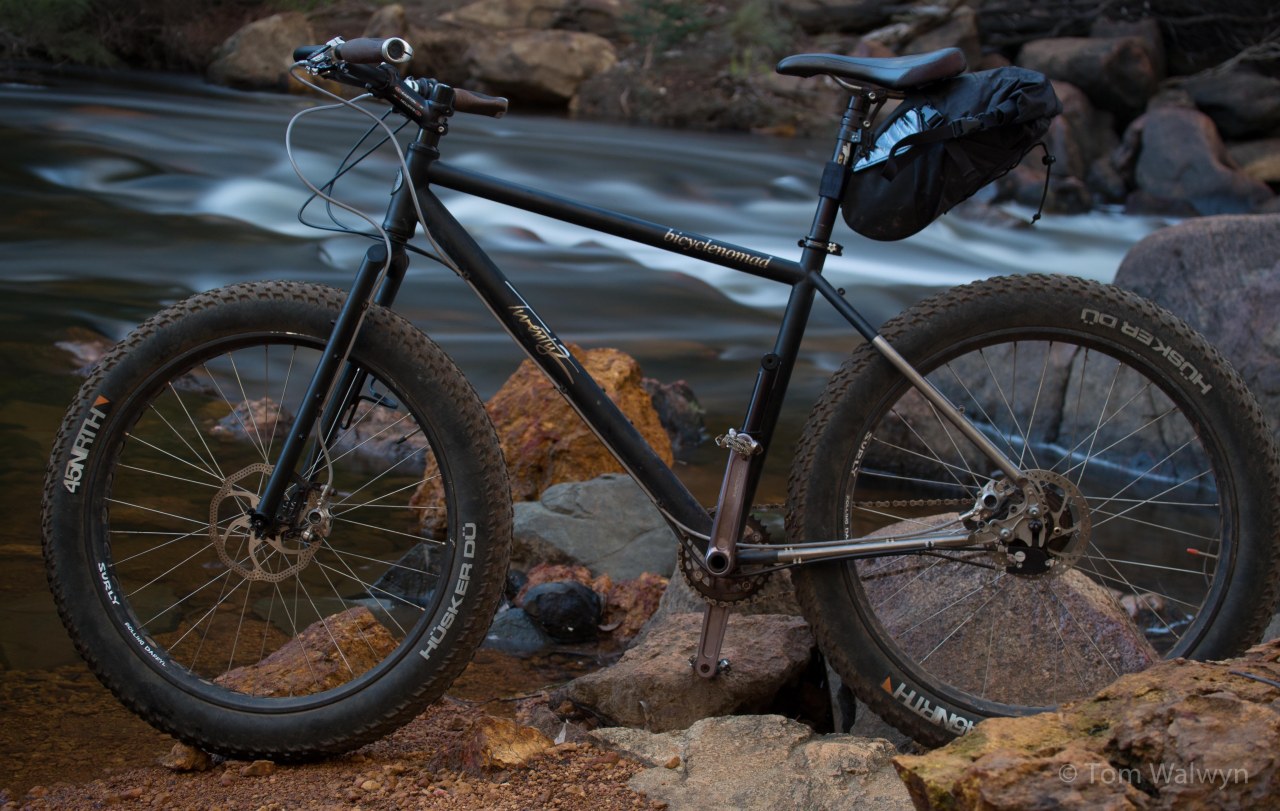